The day Wik won the battle but lost the war

A powerful insight into the High Court's decision to grant native title co-existence to the Wik people of Cape York in 1996, and the dramatic political and cultural fallout that followed.

On December 23, 1996, the High Court of Australia granted native title co-existence to the Wik People of Cape York, in the landmark case Wik Peoples vs The State of Queensland. This nationally significant decision caused rumbles through the country, shaking up politics, dividing Aboriginal leaders and causing a national media frenzy.

Behind the case, a young Noel Pearson worked closely with the elders and custodians of the Wik Nations of Cape York, far north Queensland to lay legal claim over native title access for the group of first nations located in the Cape York Peninsula.

Post Mabo, the result in favour of the Wik claim by the High Court led to one of the biggest debates in Australian history as conservative politicians and commentators raised fears about perceived threats to ‘suburban backyards’ from native title claims. But no-one asked the Wik people what they felt, until now.

Looking back on this crucial moment in history, much can be learned from the “Wik Decision” and the way that Australia chose to acknowledge, understand and respect Aboriginal people. Even today, at the heart of the issue, is the continued systematic failure of successive Governments to deliver to Aboriginal Australia.

December 23, 1996, should have been a time for celebration for the Wik Peoples, Noel Pearson and many of the other key players in this victory. Instead, they were branded greedy and treated as the enemy. Nearly a quarter of a century on, Wik vs Queensland takes us inside the High Court’s decision and subsequent events through the eyes of Wik Traditional Owners, and our nation’s political, judicial and Aboriginal leaders. With unique access to never before seen archive footage we will transport the audience back to this momentous period of our nation’s history and the currency it still holds today. 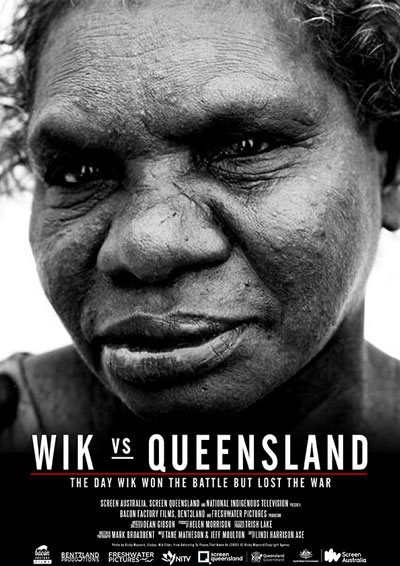 Cant view the trailer? Click here to watch it on online